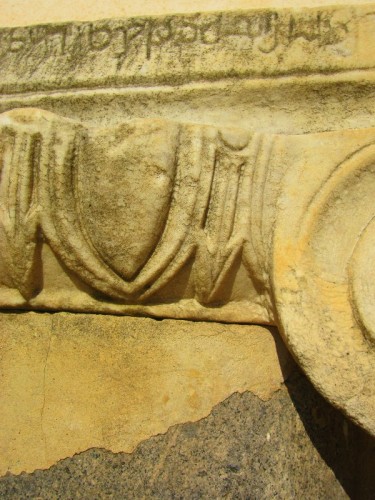 In the year 298 AD, construction began on the biggest and most illustrious of all Roman bath houses. The grand baths were named after Emperor Diocletian but originally commissioned by Emperor Maximian. Upon completion in the year 306, the baths opened to the people of Rome. The later converted Basilica is a personnel monument Pope Pius IV who has been laid to rest here in his tomb.

The location is atop the Veminal Hill, smallest and part of the seven famous hills of Rome. These popular baths served to people of the surrounding Esquiline, Veminal and Quirinal neighborhoods. From the remains we can see the frigidarium or cold baths were more popular.The Roman people would spend much time at the bath complex. It was much more than a bath, citizens and politicians alike would host dinner parties and poetry readings. The facility was like a mall complete with spa, restaurants, galleries of art, fitness center and a library.

In 1563, Michelangelo Buonarroti was commissioned to blend old and new together. His job was to create a Basilica dedicated to the Christian martyrs. He adapted some portions of the old baths and enclosed the section for the new church. Michelangelo’s adaptation is marvelous and critically acclaimed for this work of large volumes.  Luigi Vanvitelli made some updates as well with no critical acclaim in 1749.

I was very impressed walking through these ancient ruins combined with a church. The massive domes and the texture of the aging brick stand out in my mind. You can really feel the history walking in and around this complex of interesting structures. On the side garden you will find  beautiful old roman columns and wonderful statues. This is also a nice spot to pack a lunch relax will gazing upon a very important ancient ruin with a flair of Michelangelo. 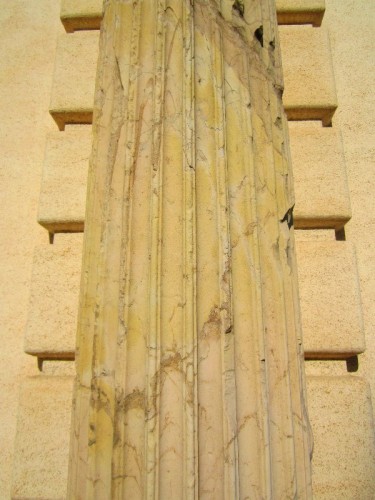 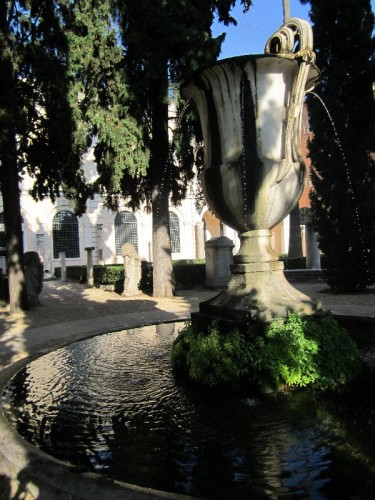 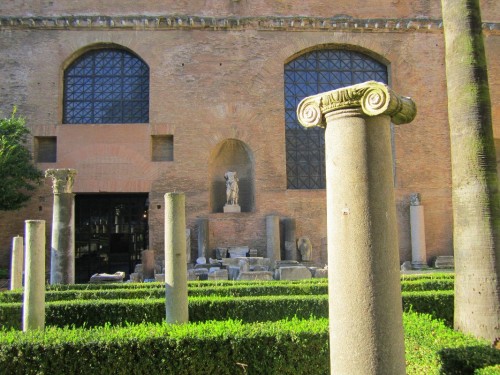 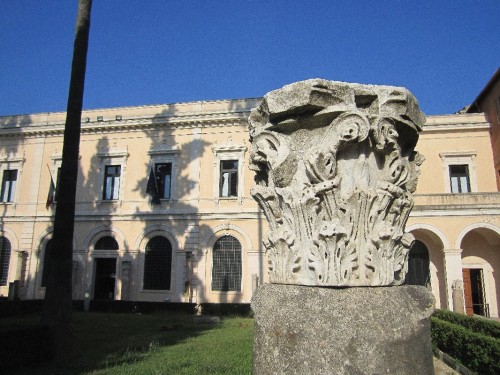 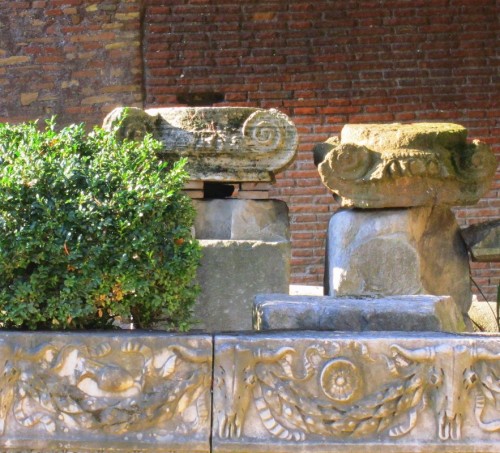 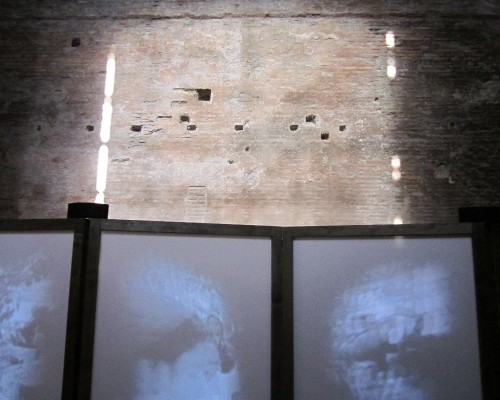 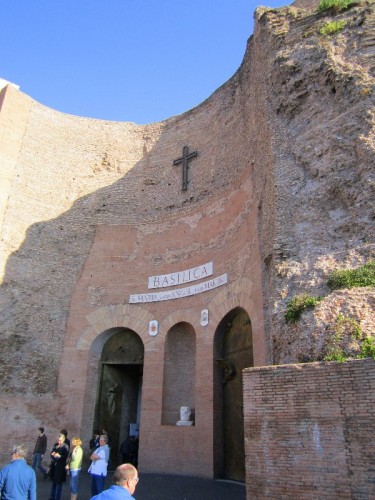 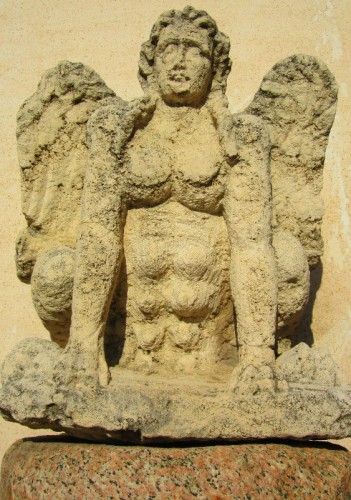 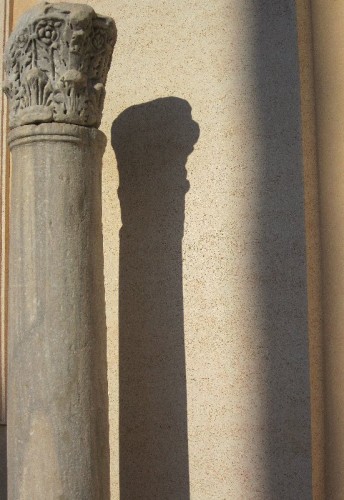 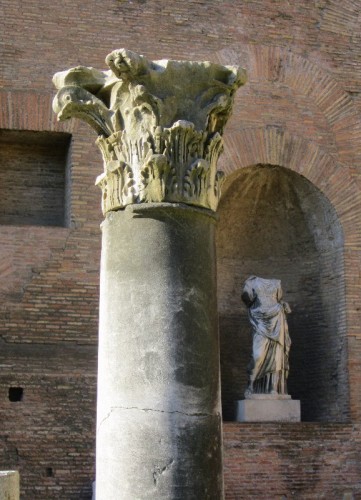 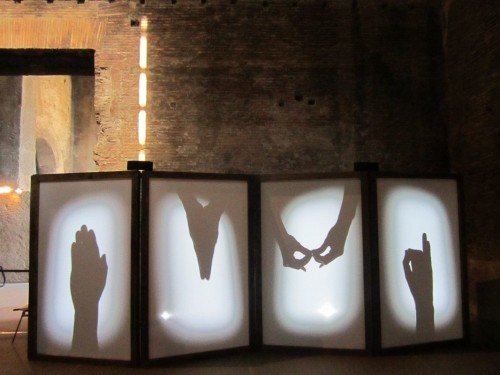 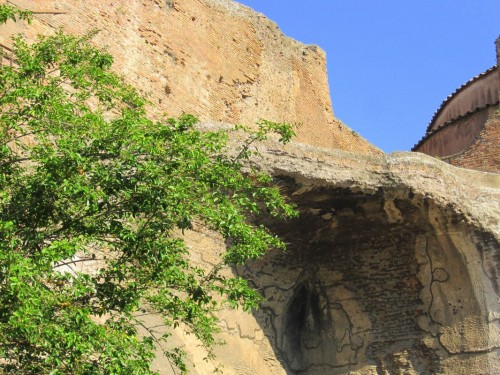 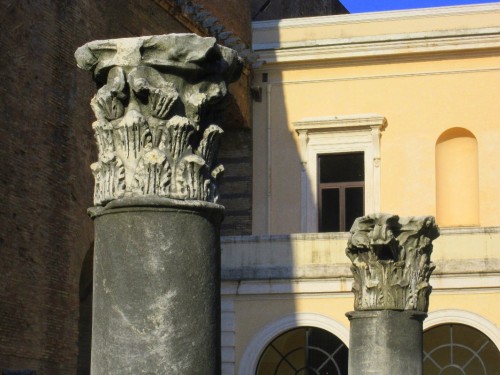 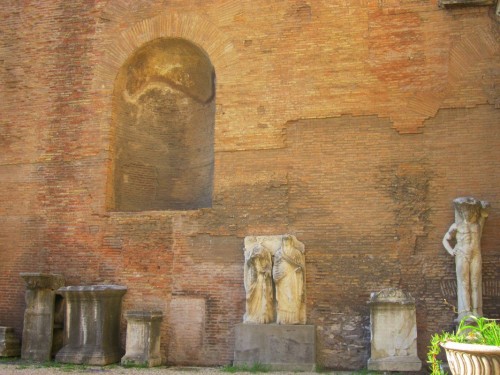