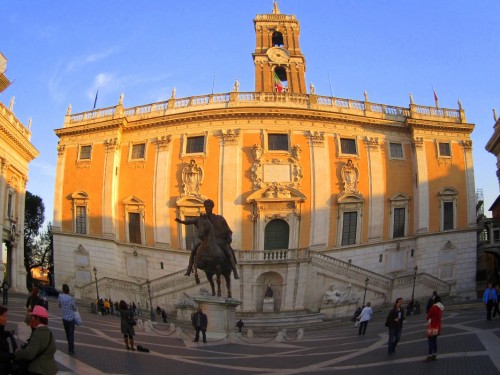 In the year 1538, Michelangelo began construction of Piazza del Campidoglio. This Piazza is known as one of the most important contributions of history to urban planning. Michelangelo started the project only a few years after moving to Rome from Florence. 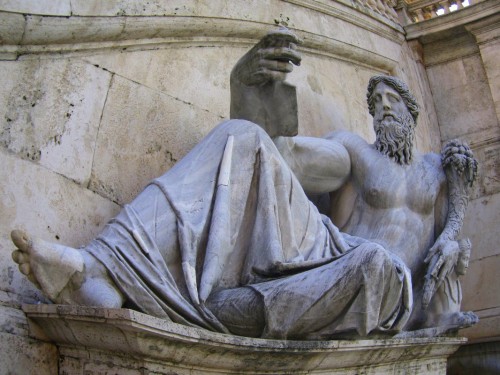 The commission was awarded by Pope Paul III (Farnese). His plan was to reshape and commemorate this famous location atop Capitoline Hill. This was a very sacred place in the time of antiquity. Capitoline Hill is one of the famous seven hills of Rome. Our English word capitol derives from  this place, the Roman Washington DC. 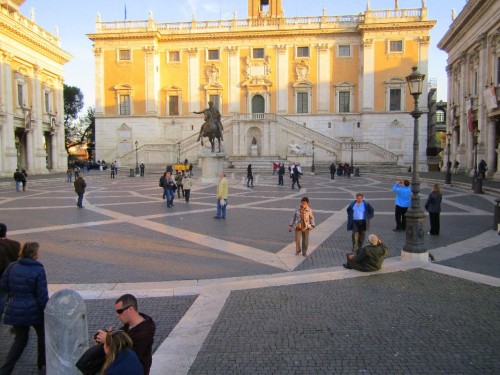 During the medieval times the hill was cleared and transformed to the house of the government and the head quarters for the guilds of Rome. By the time Michelangelo arrived,  Capitoline Hill was in a lonely and desolate state. The hill was reclaimed and  once again returned to her glories past. 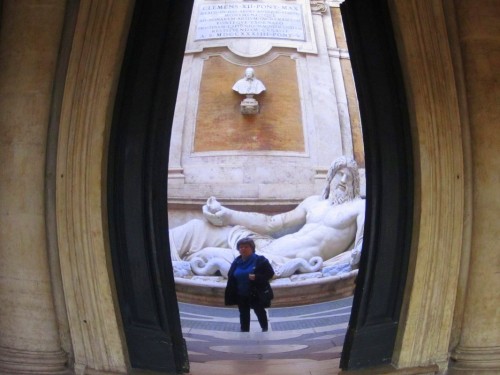 As the project was coming to fruition in the year 1564, unfortunately Michelangelo died. There were many delays and disturbances just to get the project off the ground. When Michelangelo passed not a whole lot was finished. The project was not completed until the seventeenth century. In good fortune, all of Michelangelo’s designs and engravings were followed with great detail. 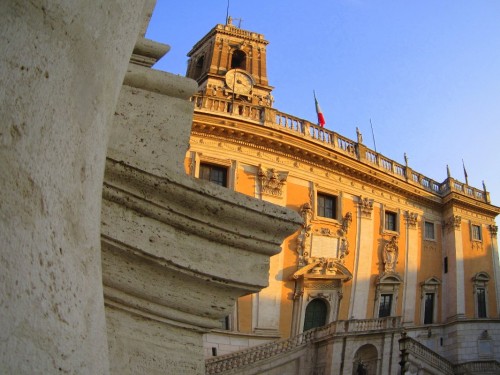 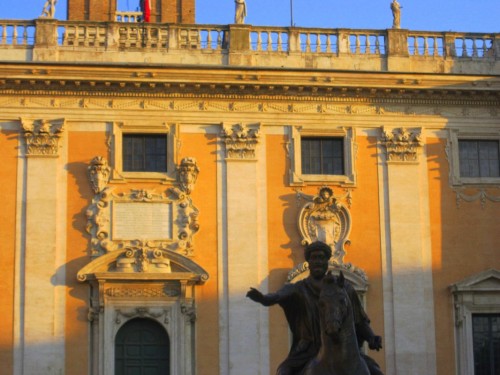 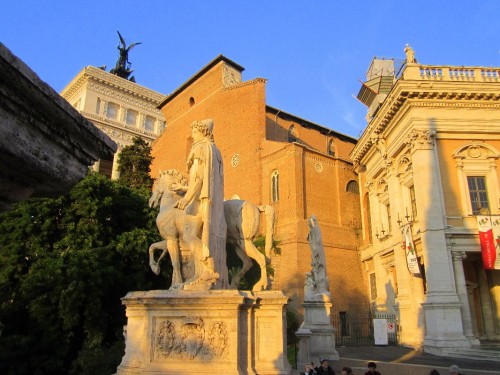 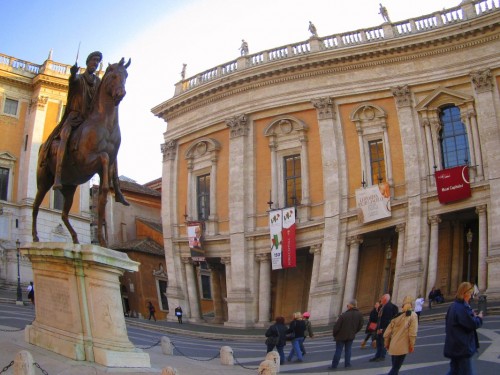