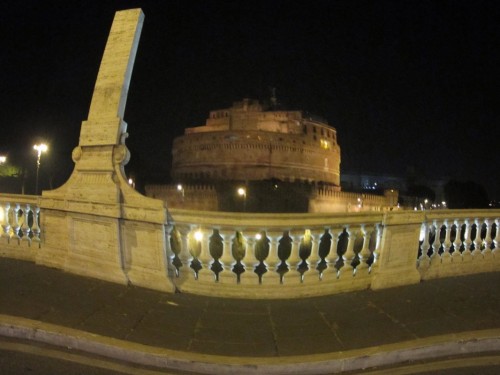 What is now known as Castel Sant’Angelo was originally built as the Mausoleum of Hadrian. Hadrian was a Roman Emperor who ruled from 117 to 138. He built this structure to house his and his families ashes in 135 AD – 139 AD. Hadrian was best known for building the famous Hadrian wall. 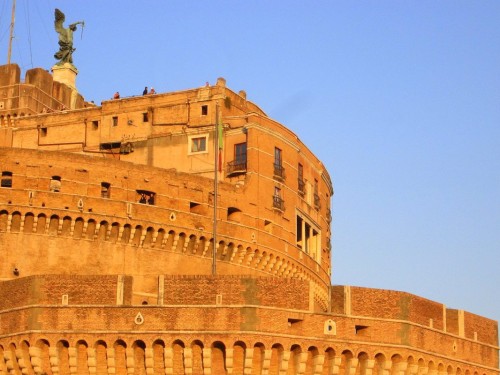 Originally the structure was a decorated cylinder with a beautiful roof top garden and a golden chariot. Hadrian and his son Lucius Aelius passed away in the year 138. Both of their ashes and Hadrian’s wife Sabina were placed in the inner treasure room of the castel. Hadrian also built the Pons Aelius which is the wonderful bridge directly in front. 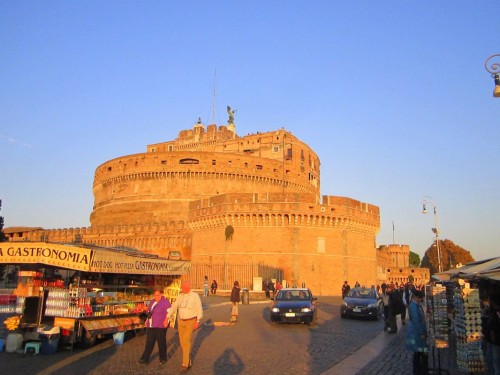 In the year 401, Emperor Flavius Augustus Honorius turned the structure into a fortress. Almost all of the urns and decorations were lost when in 410 when Alaric sacked Rome and looted the fortress. The decorative bronze and many of the statues were later lost in 537 when the defenders threw them down upon the attacking Goths. 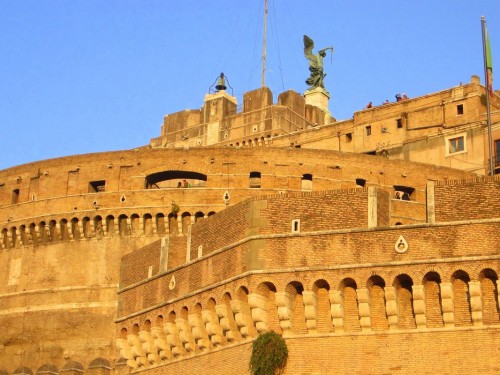 In the year 590, legend says that Archangel Michael appeared atop the castel proclaiming the end to the great black plague. It is for this reason the castel gets its current name. The castel also was featured in Dan Brown’s famous book Angel’s and Demons. In 1980, two legendary American rock bands performed here, KISS and the Ramones. 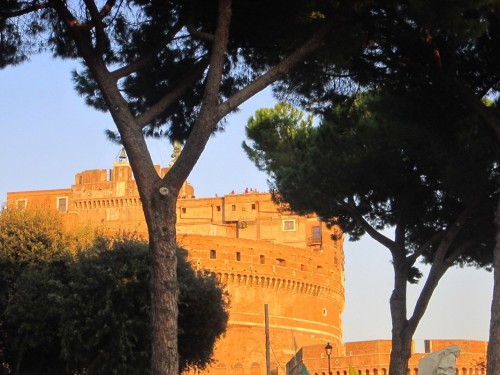