Any Given Monday is a wild and crazy club inside Cube. The club is located in the Portonaccio neighborhood of Rome. The area is not the best but it’s a ten minute taxi away from the historic center of Rome. If you find yourself in Rome on a Monday night with nothing to do, maybe this is the place for you. I went on an adventure to AGM the other night, when arrived the line was fairly big. I was a bit discouraged because I’m not a big fan of waiting in lines..lol. Luckily the line moved pretty fast and we paid a cover of 5 euro which to my delight included a beer.

The scene is definitely a younger one, mostly party goers in their 20’s. At first I say some strange people on the stage conducting what I thought was a telethon. I said to my friend , what the hell is going on? He told my it was kinda like a bit of advertising on the radio. Very strange to me but luckily it stopped and the music started pumping loud. I must say not my favorite music but the people were going crazy, dancing and running around having fun.

The music was kinda young techno style tunes with actually a few cool rock n roll remixes. I really liked the a Led Zeppelin remix that the Dj played. A really strange guy got on stage only wearing a diaper and started to dance. The a girl started throwing medical protector masks to the crowd. After many dancers dressed as nurses and doctors started dancing on stage as well.  I’m not sure if I would go back next Monday but maybe you will! 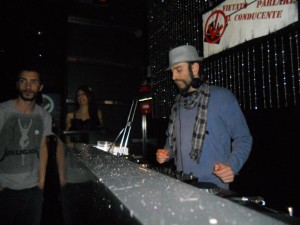 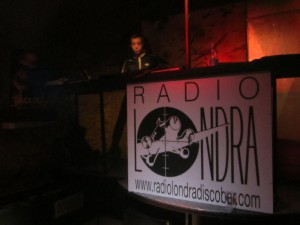 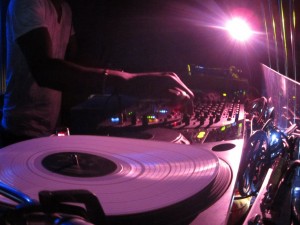 Open Gate has been on the night club scene for over twenty five years in Rome. The club has a great location in the center of Rome. Nearby you will find Barberini Square and the fashionable Via Veneto. The space